Qutub Complex UNESCO World Heritage Site the layers of history converge in the Qutub archaeological complex. It was commissioned by Qutub-ud-din Aibak, founder of the Mamluk dynasty or Slave dynasty, who later became the first “Sultan of Delhi”. The Delhi Sultanate is a collective term that refers to the dynasties that ruled, one after the other, from Delhi. The Delhi Sultanate established in the beginning of twelfth century 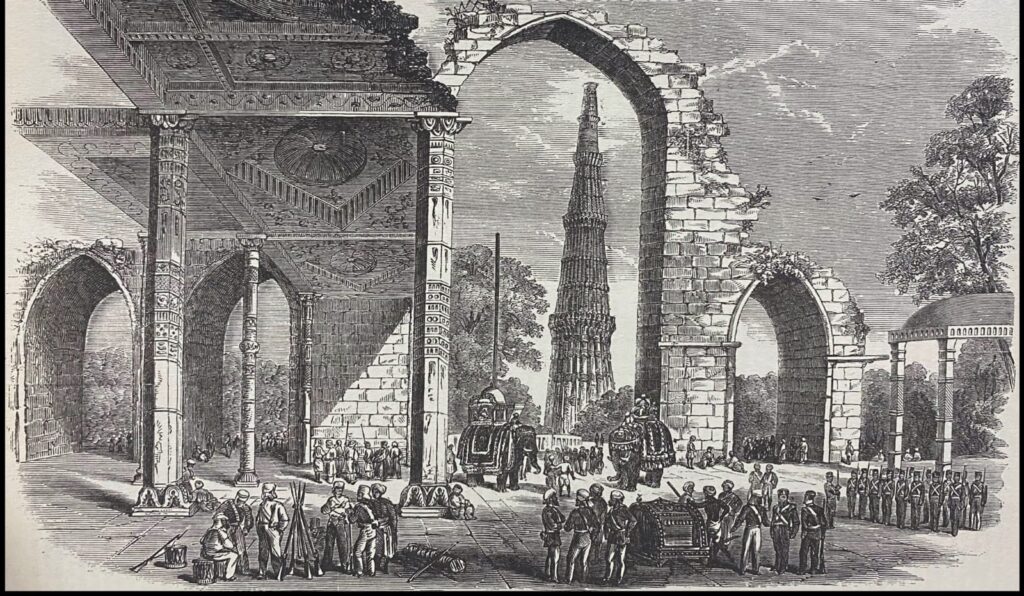 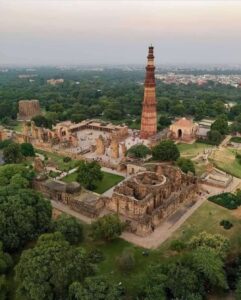 In its beautiful gateways, tombs, lofty screens, and pillared colonnades is a record of a centuries-long history of artistic vision, unique building techniques, and patronage 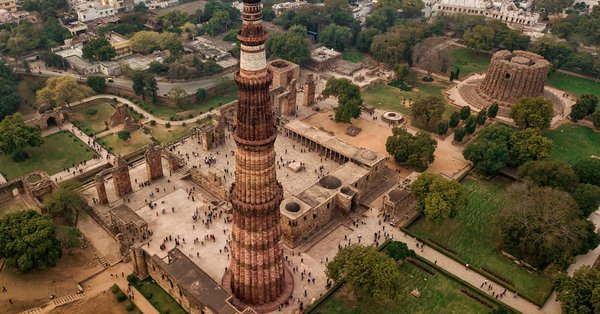 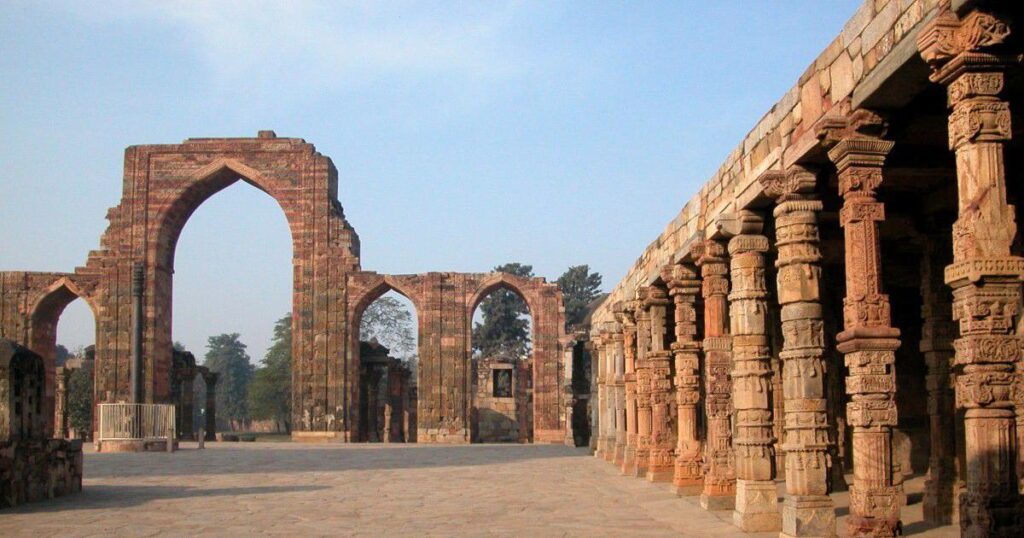 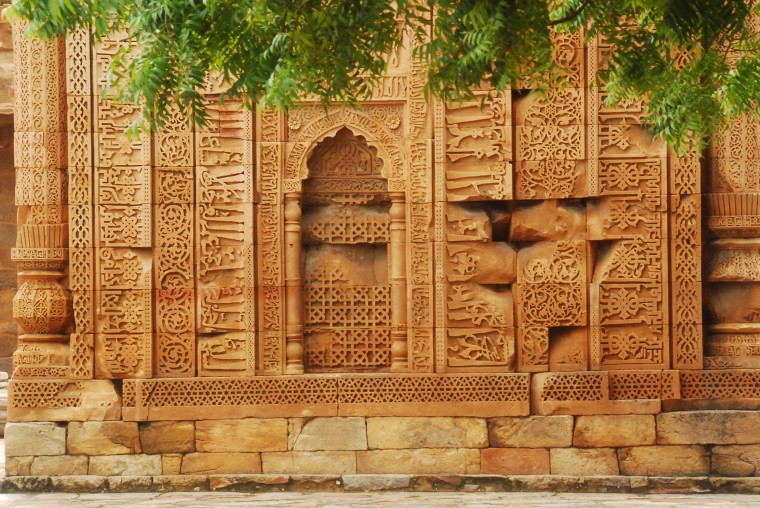 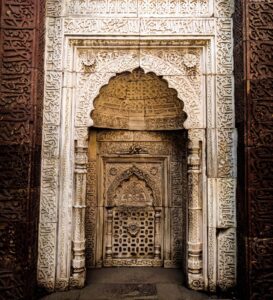 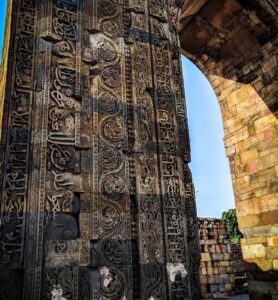 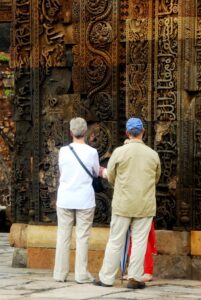 Apart from the famous Qutb Minar there are many structures in the complex known for remarkable architectural heritage, these includes the Quwwat ul-Islam Mosque, Alai Darwaza, the Alai Minar, the Iron pillar, the tombs of Iltutmish, Alauddin Khalji and Imam Zamin 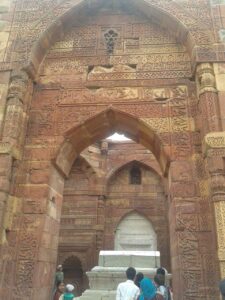 The Quwwat-ul-Islam mosque also known as the Qutb Mosque of Delhi and it was probably the first mosque built Delhi and the oldest surviving example of Ghurids architecture in Indian subcontinent. The ensemble of mosques, minars, and other structures in the Qutb complex is an outstanding testimony to the Indo-Islamic architectural and artistic achievements. The 13th-century square tomb of Iltutmish in the north-western part of Quwwatu’l-Islam marks the beginning of the tradition of constructing royal tombs, a practice followed as late as the Mughal era in India 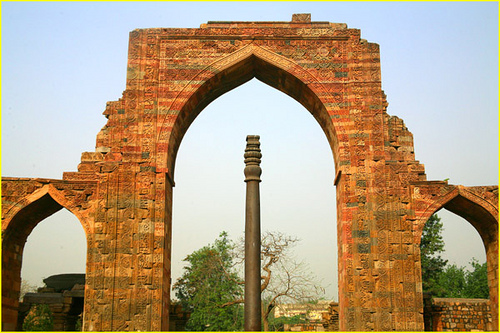 The iron pillar within Qutub complex is one of the world’s foremost metallurgical curiosities. The pillar, 7.21-metre high and weighing more than six tonnes, was originally erected by Chandragupta II Vikramaditya (375–414 AD) around 402 AD, and in the 10th century the pillar shifted to its present location 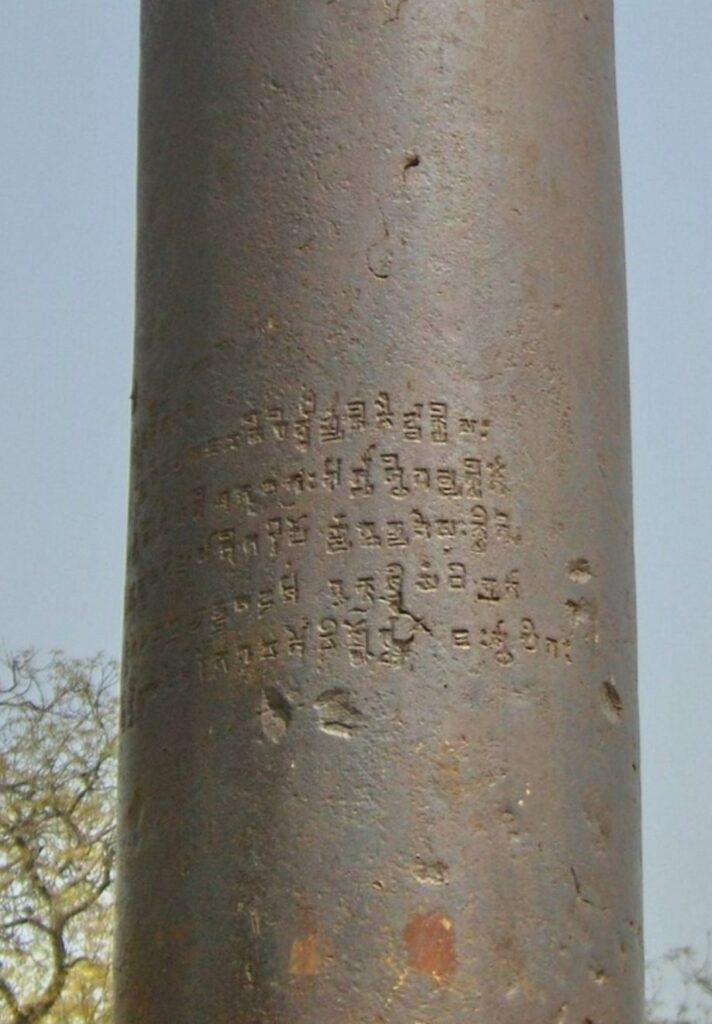 Qutb Minar ‘The Victory Tower’ named after the religious figure Sufi Saint Hazrat Khwaja Qutbuddin Bakhtiar Kaki, was begun by Qutb-ud-din Aibak. It was continued by his successor Iltutmish (a.k.a. Altamash), and finally completed much later by Sultan Firoz Shah Tughlaq, a Sultan of Delhi from the Tughlaq dynasty in 1368 AD. Many subsequent rulers, including the Tughlaqs, Alauddin Khalji and the British added structures to the complex 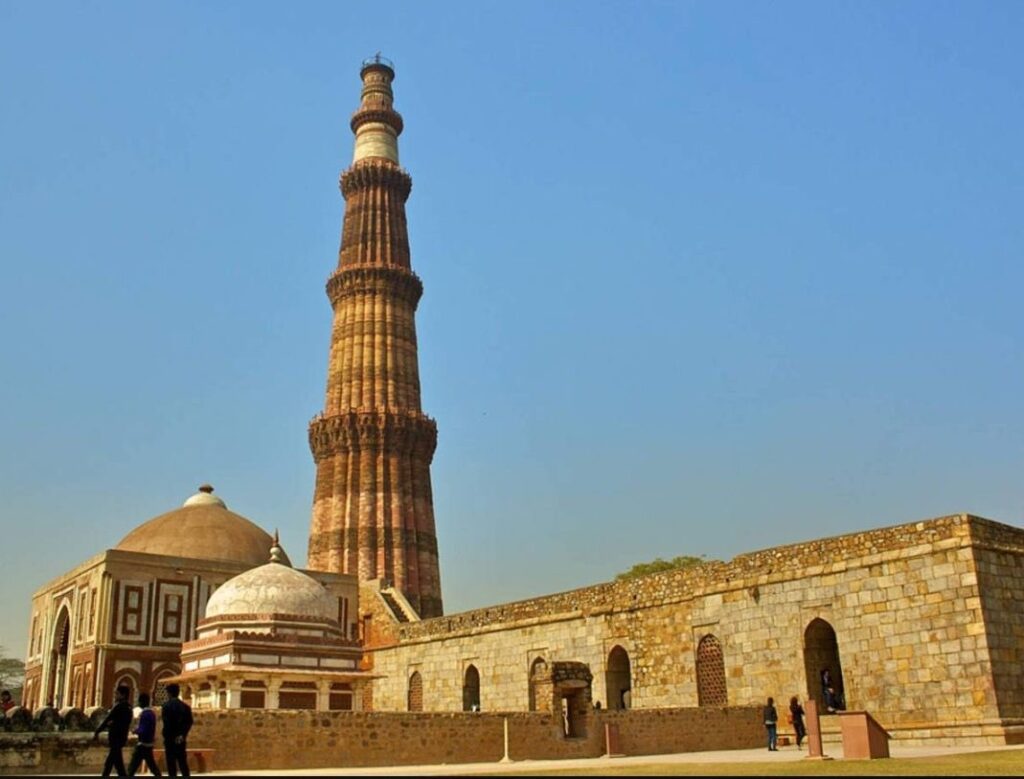 Built of red and buff sandstone and eloquently carved with inscriptional bands, the Qutb Minar is the tallest masonry tower in India, measuring 72.5 metres high, with projecting balconies for calling all Muadhdhin to prayer 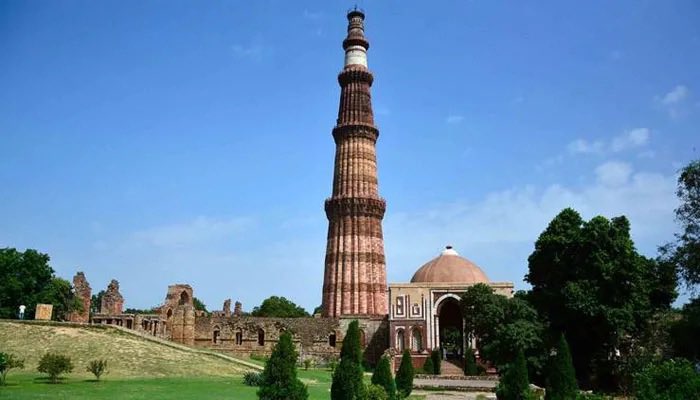 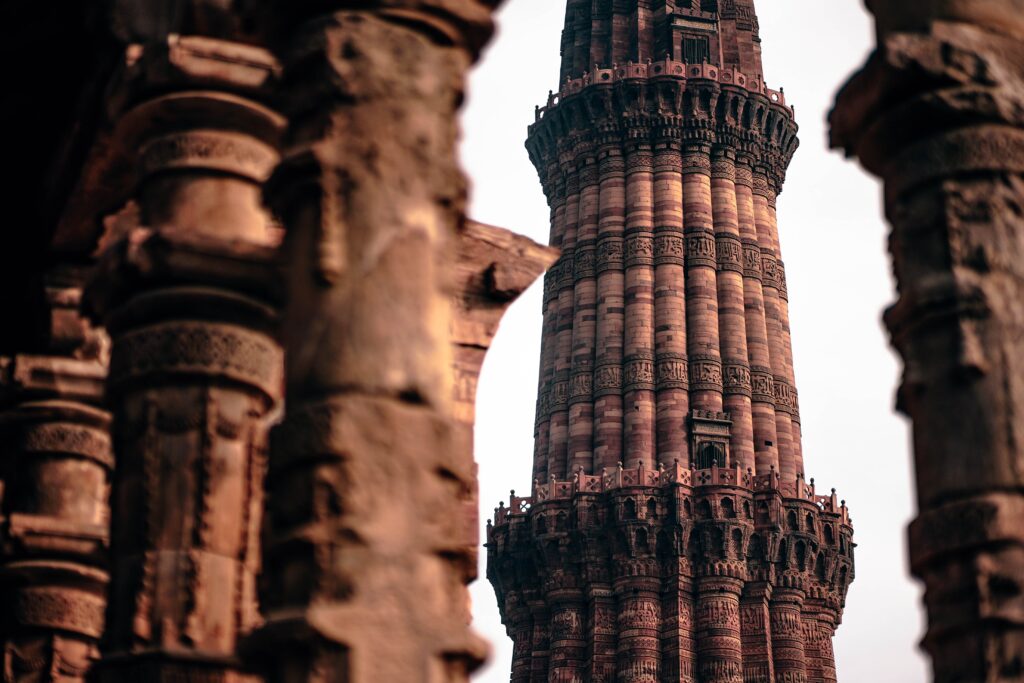 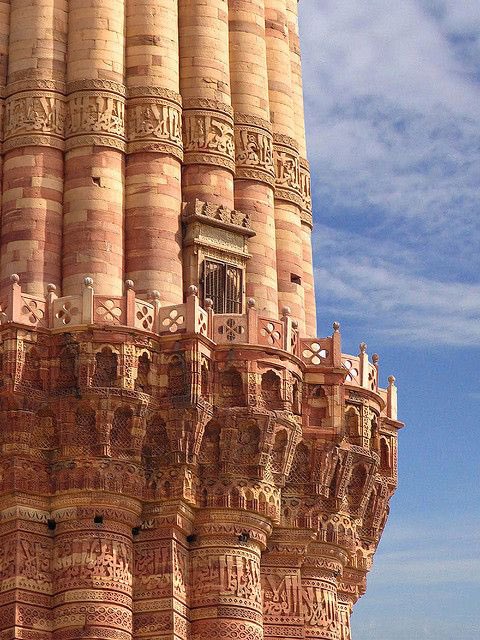 The Qutub Minar was probably inspired by the Minaret of Jam in Afghanistan; one of the excellent examples Indo-Islamic art and architecture. The Minar is 72.5 m (239 ft) high, making it the tallest minaret in the world built of bricks. It has five distinct storeys, each marked by a projecting balcony carried on muqarnas corbel and tapers from a diameter 14.3 m at the base to 2.7 m at the top, which 379 steps away. The Qutub Complex of monuments were designated as a World Heritage Site by the UNESCO in 1993 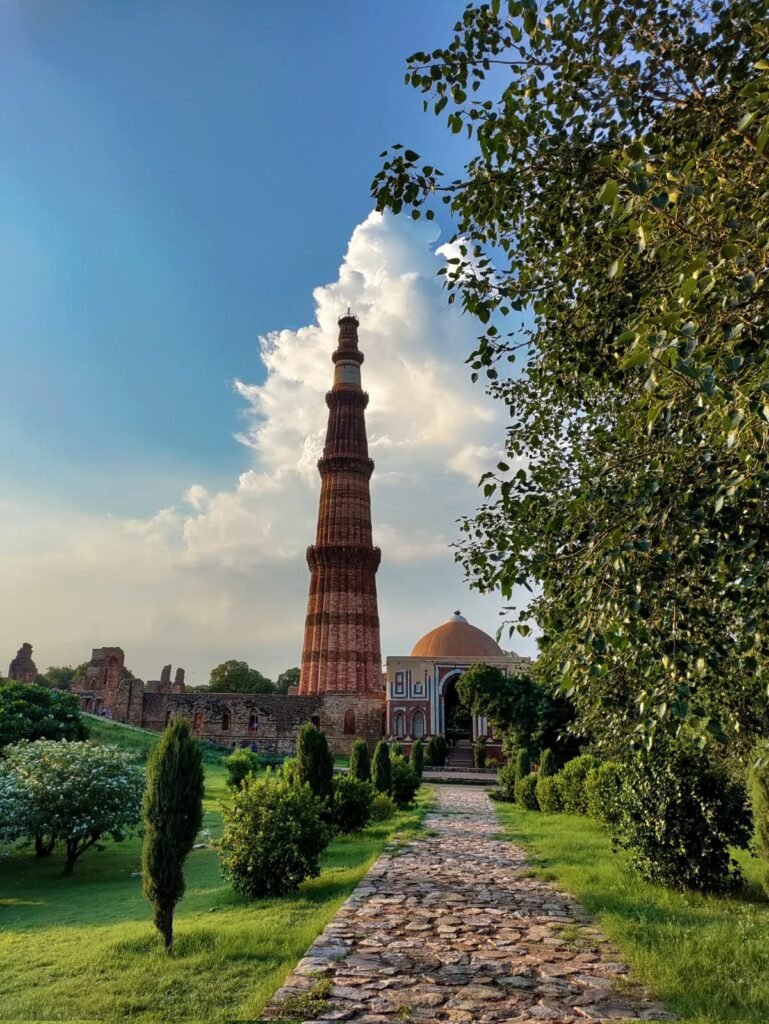 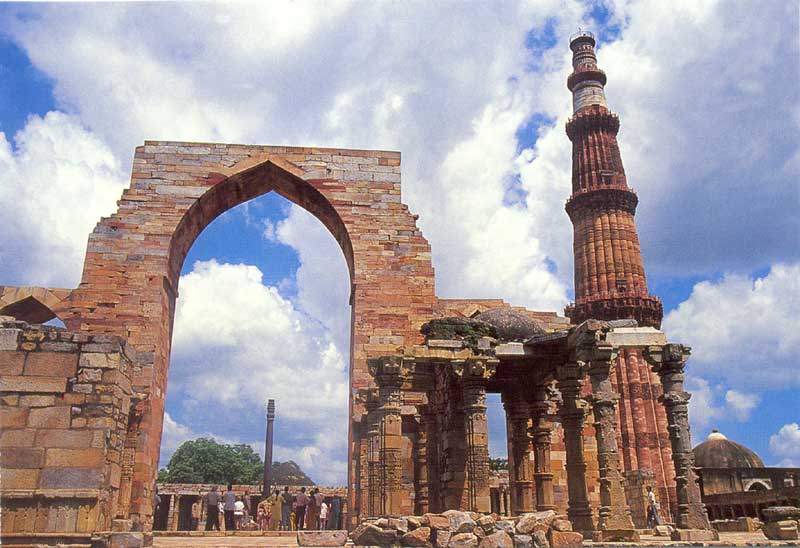 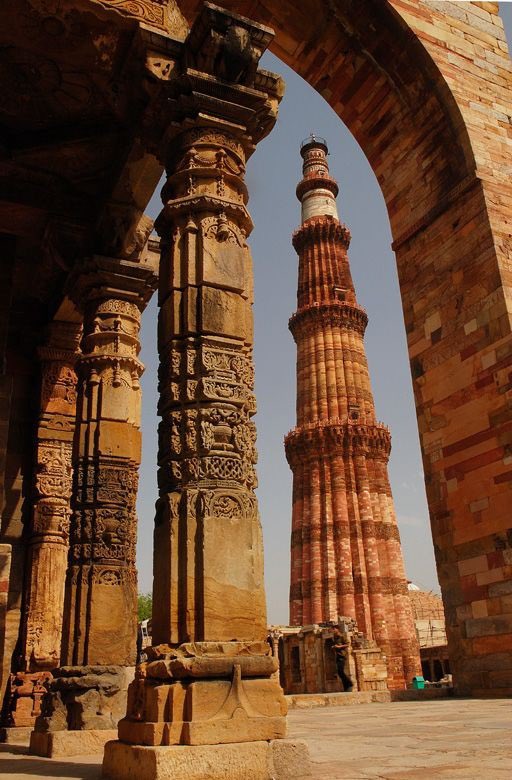 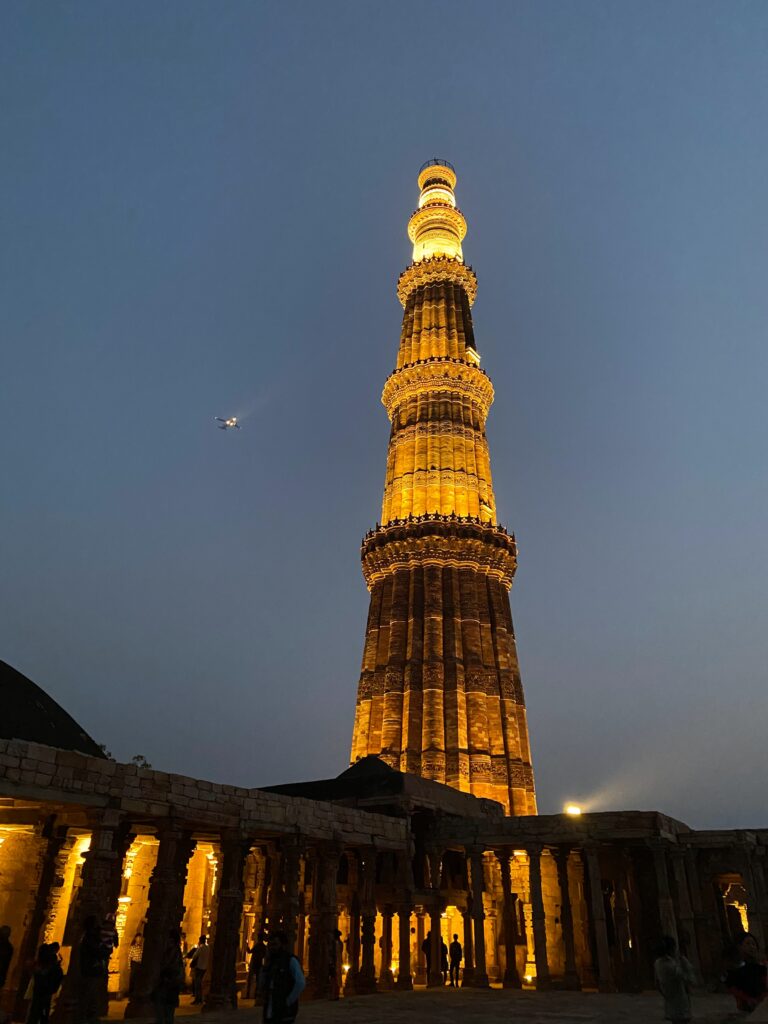